DAY #77 LESSONS FROM MY TEENAGERS (again)

To prepare the family for the Yorkshire Dales we listened to James Herriot’s novel, All Creatures Great and Small, en route. The children got lost in the anatomically correct terms appropriately used in Dr Herriot’s short stories, and slept most the drive.  But Bry and I were taken – both by the book and by the Yorkshire Dales, itself.

We stayed two weeks in a cottage found just outside of Ingleton, Yorkshire, in Chapel le Dale.

Rooster at sunrise, fresh goat’s cheese and breakfast eggs an hour later, and then I’d take a cool morning run through the sheep-speckled hills of the Dales.

Yorkshire was the quintessential English countryside.

And when we weren’t enjoying the sheer beauty of what nature offered us in the Dales, we made day trips to nearby tourist spots.

Ilkley Quarry, Rombal’s Moor, an hour’s drive from Chapel le Dale, is the site of the famous “Cow and Calf”. This enormous rock formation was so named because of its two boulders, one large and one smaller, sitting close to each other, like a cow and calf. According to local legend, the Calf was split from the Cow when a giant was fleeing his angry wife. https://en.wikipedia.org/wiki/Ilkley_Moor 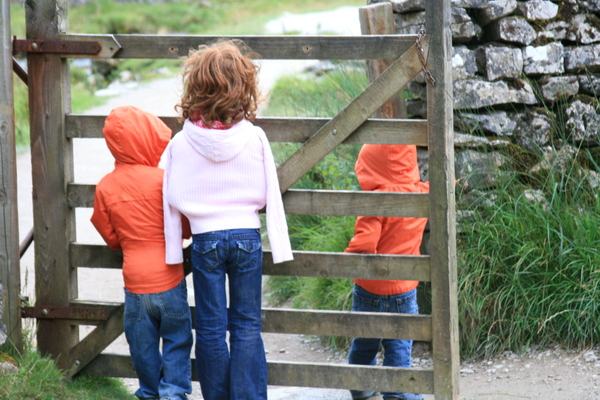 Wensleydale Creamery is 20 minutes from Chapel le Dale. Why does Wensleydale Cheese sound vaguely familiar? Well, probably because it was a favourite of the British duo, “Wallace and Gromit”.

Wallace: Won’t you come in? We were just about to have some cheese.
Wendolene: Oh no, not cheese. Brings me out in a rash. Can’t stand the stuff.
Wallace: [gulp] Not even Wensleydale?

Peveril Castle is 2 hours from Chapel le Dale, and an English Heritage site. Once through the entrance, we hiked up a short steep hill, topped by a small (very small) castle. There was little left of the medieval castle, but we ventured inside, at our own risk. And in the grassy area surrounding the castle remains, the children played for hours – climbing walls, rolling down hills, and jumping in leaf piles. The view was spectacular; the entire experience was magical.  http://www.english-heritage.org.uk/visit/places/peveril-castle/ 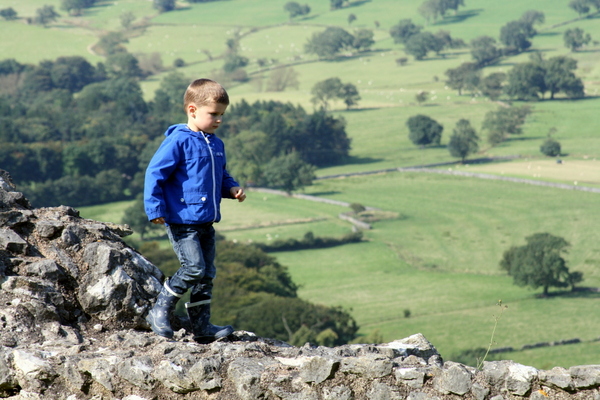 Malham Cove, 30 minutes from Chapel le Dale, is a beautiful natural limestone cliff visitors can hike up or around.  And we did both.  http://www.malhamdale.com/ 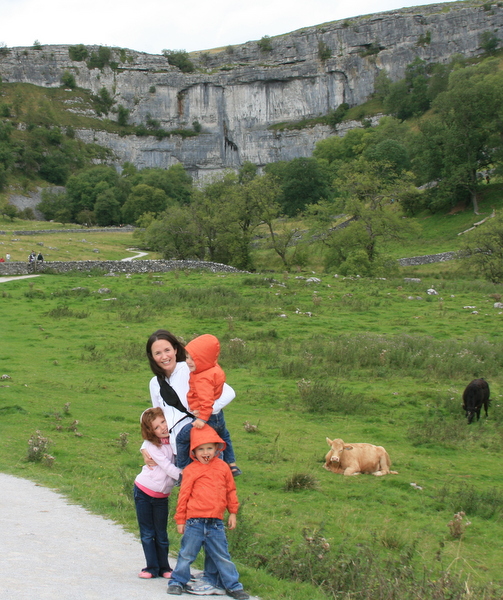 Chatsworth House, 2 hours from Chapel le Dale, is better known as “Pemberly” in the 2005 adaptation of Pride and Prejudice. The gardens surrounding the mansion were magnificent, and the house was very enjoyable, for the more “adult” crowd.  For the children, there was a petting farm, and an enormous playground, complete with secret entrance.

When we put “Chatsworth House” into our GPS that morning, the ETA was 2 hours.  We bought tour tickets online and began our trek.  Only when we arrived at the destination exactly 2 hours later, did we understand that “Chatsworth House” was not only the ostentatious “Pemberley” in Derbyshire, but also a small business of sorts, located in a business complex an hour’s drive outside of Derbyshire, probably built in the late 90’s.  Possibly a temp agency.  Guess which one our GPS led us to that morning.  It took us that additional hour to find what we had started our day looking for.  But it was truly worth the search! http://www.chatsworth.org/ 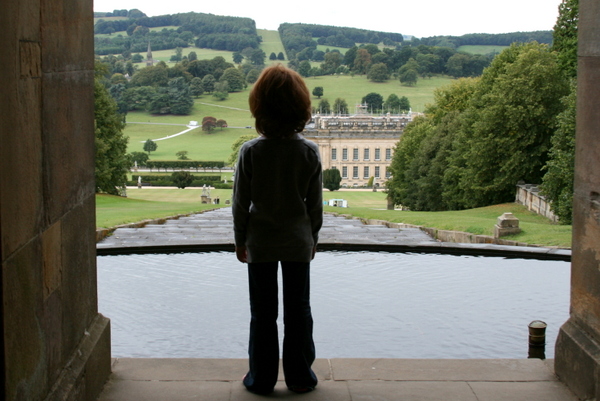 Lyme Park. 2 hours from Chapel le Dale, and a National Trust site, stood the “Pemberly” of the 1995 Pride and Prejudice, with Colin Firth.  We did not go inside this house, as it was closed the day we arrived.  But the gardens surrounding the site provided a green, wildlife-filled walk for our family. In fact, we “had never seen a place for which nature had done more, or where natural beauty had been so little counteracted by an awkward taste.”  (Jane Austen, Pride and Prejudice).  https://www.nationaltrust.org.uk/lyme-park/opening-times/ 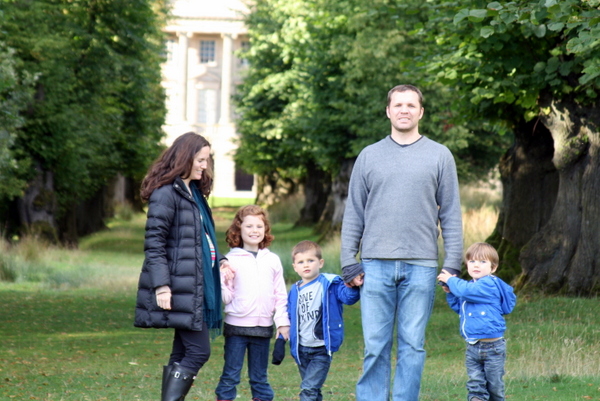 Ingleton is the village found just west of Chapel le Dale. Have you ever seen a money tree?  One path through the waterfalls of Ingleton was ripe with these trees, into which people have hammered hundreds of tuppence, in exchange for a wish.  Why?  “Somebody thought of it, and some one believed it.  Look what it’s done so far!” 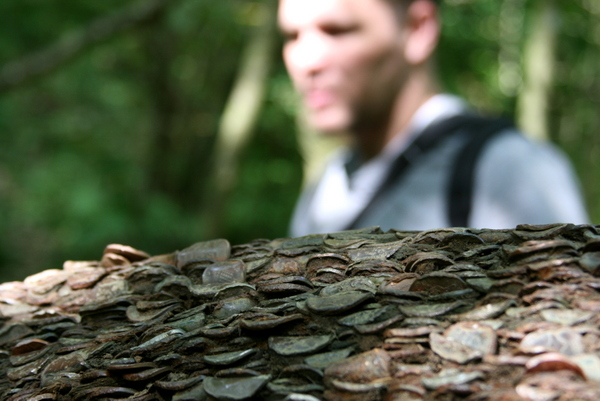 Walking.  The most common past-time in the Yorkshire Dales, as advertised, is walking.  People walk.  And then the same people drive to get to where they want to walk some more.  We followed suit.  The children walked up to 4 miles a day – just for the sake of walking. http://www.theguardian.com/travel/2012/may/02/top-10-walks-yorkshire-dales 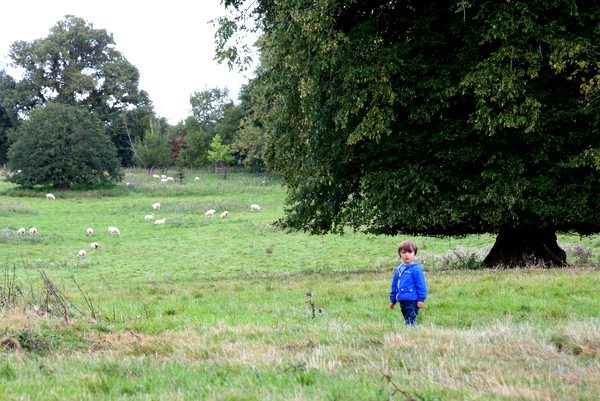 When I asked the children on our long drive back to London what their favorite part of our family holiday was, they all agreed the nights out on the farm, playing “No Bears Out Tonight” with dad, would be their fondest memories.

It was Bryant’s birthday this week. How grateful I am for this world traveling, toddler carrying, long-distance running, dream inspiring, no-bears-are-out-tonight man. 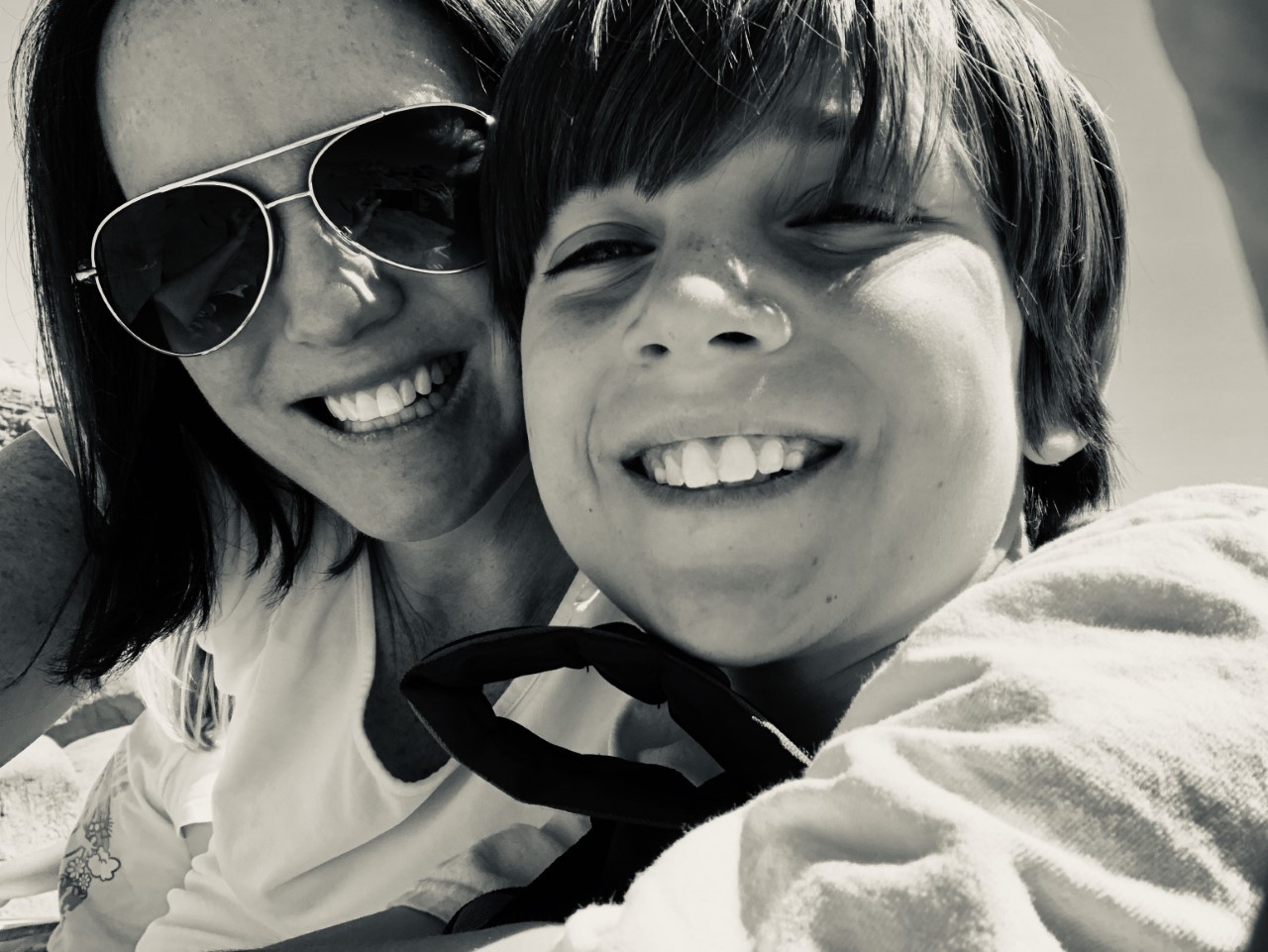