Rachel October 13, 2020
SUNDAY. After church, we hiked up to an English Heritage site, Tintagel Castle. This 800 year old castle (800!), built on a cliff overlooking the Atlantic, is where, legend has it, King Arthur was born. 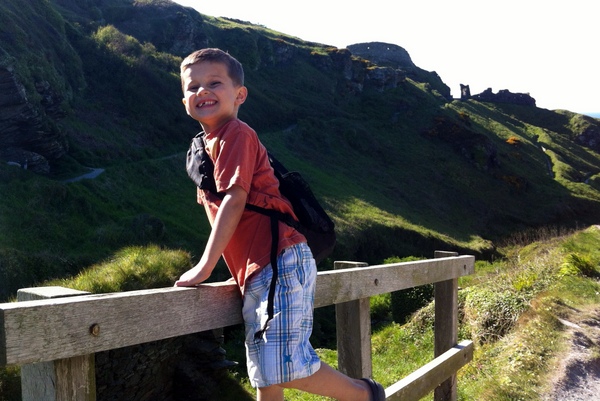 MONDAY. Before our trek to Land’s End (not the popular chain store, but the southern most tip of England), we took a scenic train ride from Penzance (as in the Pirates of Penzance) to St Ives, an old fishing town. And then, of course, growled at the camera. 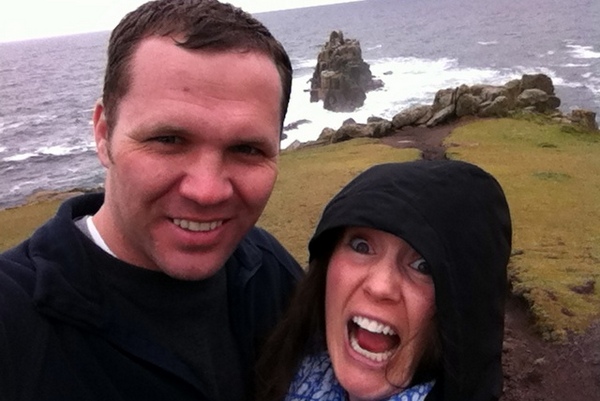 My sister emailed me the following:

“My son prayed that, if you did run into any pirates, they would not kill you! I had to hold my breath to keep from laughing. He was totally serious. I had told the kiddos that you were near Penzance, knowing they would think that was cool (the musical is a pretty big hit around here). But I guess it caused some concern, bless their hearts.”

TUESDAY. With what looked like another rainy day ahead of us, we decided to stay near our cottage in St Austell. Close by we found an awesome rainy-day beach! We bundled ourselves up and spent a day exploring that small sandy corner of Cornwall. The sun was more obliging than we had originally anticipated, and peeked through the clouds for a few hours. 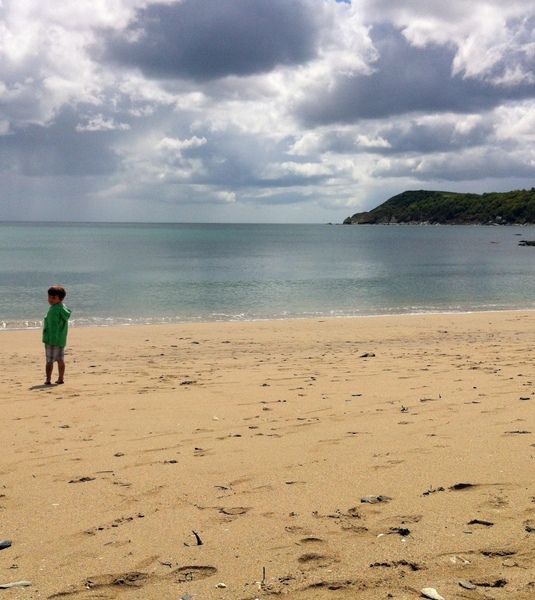 WEDNESDAY. St Michael’s Mount was an entire day’s activity. Between the walk out to the island while the tide was out, a visit to the castle fortress ruling the small island, and some time exploring the gardens, we got back to the mainland as the last tide came in and covered the cobblestone road off St Michael’s Mount. 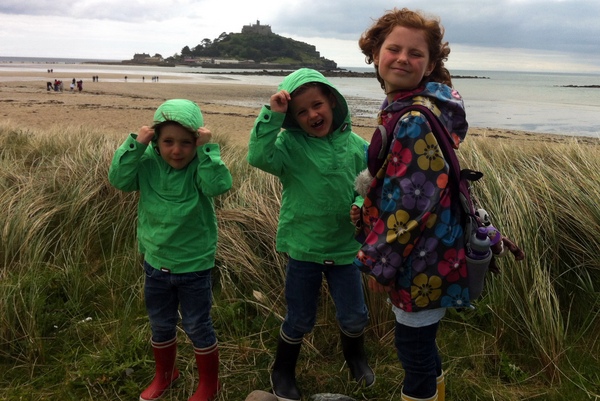 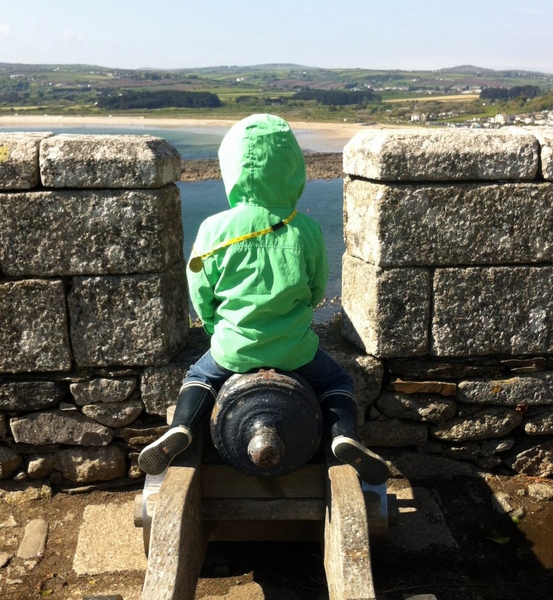 THURSDAY. Newquay Beach was windy, but crowded. And, after a look around at the Cornwall “regulars”, we took note and purchased wet suits for each of the children. 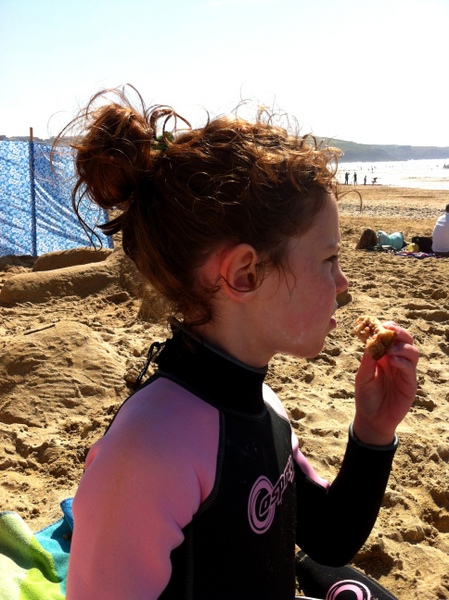 FRIDAY. We found stables that would rent us horses, for a ride on the moors of Cornwall. The area has wild horses that roam freely on public lands – exciting to observe from horseback (or the car). 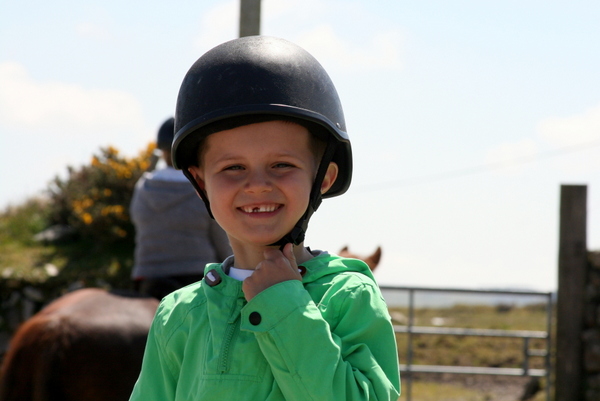 SATURDAY. Cornwall is known for their Cornish ice cream, Cornish pasties, and for their Rick Stein restaurants – and we partook of each! 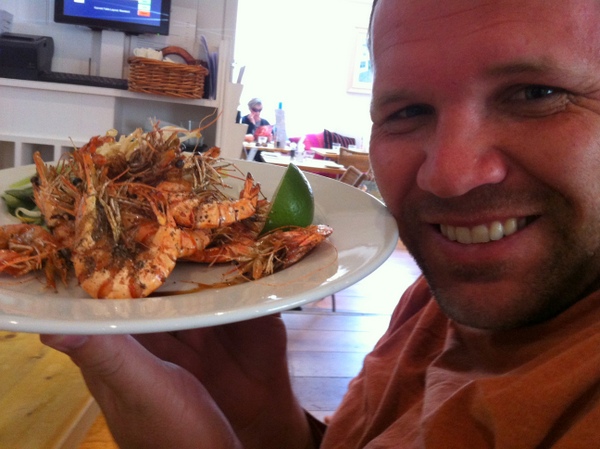 Jenkin seemed to be able to enjoy everything; even ugliness. I learned from him that we should attempt a total surrender to whatever atmosphere was offering itself at the moment; in a squalid town to seek out those very places where its squalor rose to grimness and almost grandeur, on a dismal day to find the most dismal and dripping wood, on a windy day to seek the windiest ridge. There was … a serious, yet gleeful determination to rub one’s nose in the very quiddity of each thing. To rejoice in it’s being so magnificently what it was.

Okay, read that one again (and again) if needs be. And be assured that, though there was nothing ugly or squalid about our holiday, we tried to summon up such a determination as Lewis describes, in our own exploration of the beautiful region of Cornwall, England! 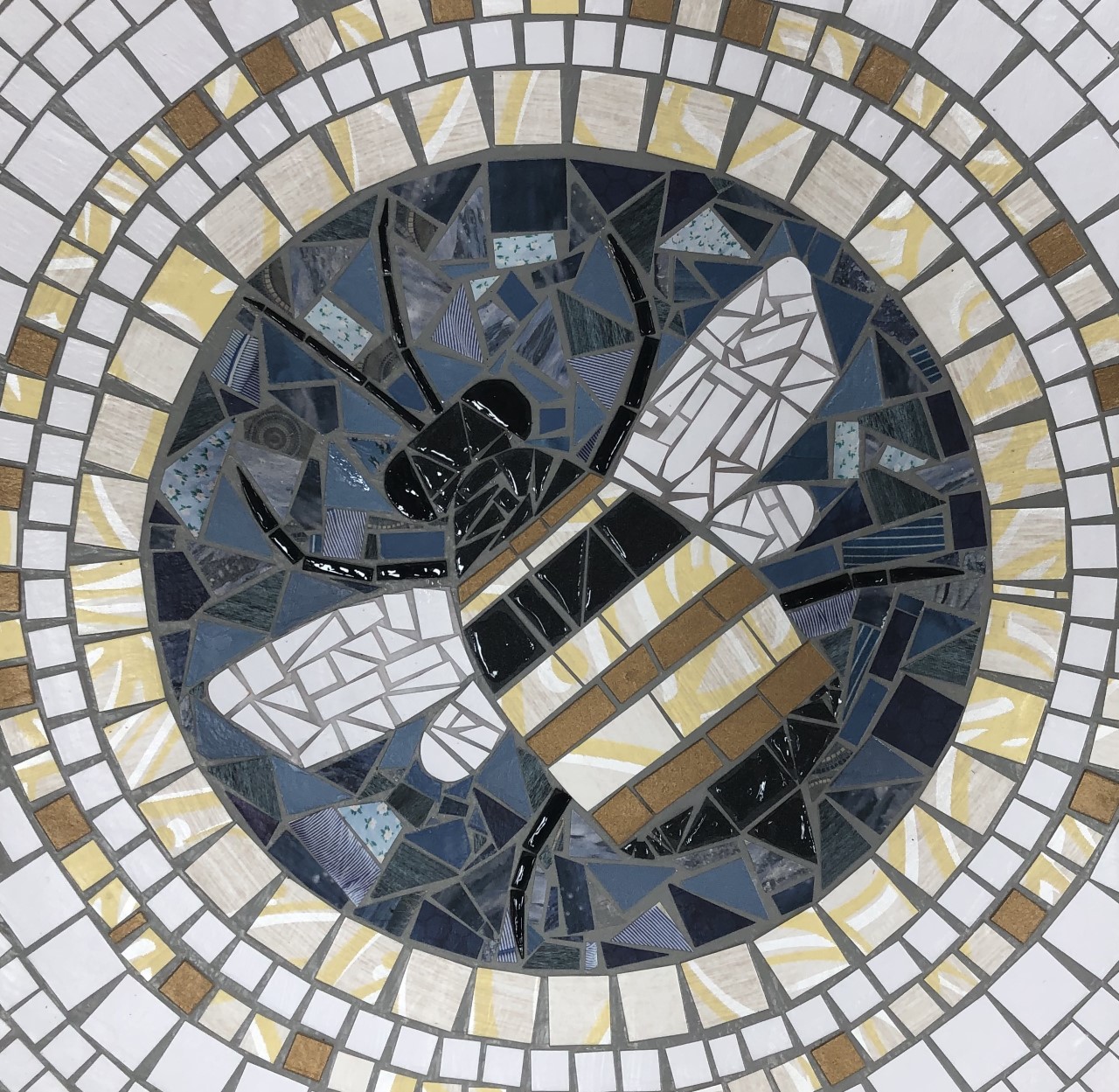