DAY #39 MOTHERING IS AN ACQUIRED SKILL

I met a young man named Tim. He was taking himself on a European tour. Tim asked where I was from. New York. I asked him where he was from. Wisconsin. I told him that I have family in Janesville and Sheboygan. He was so excited. “Sheboygan is beautiful!!” This young man had seen France and England, Portugal and Croatia. We were riding a boat through the canals of Burano that very moment. But it was Sheboygan, Wisconsin he described as beautiful! I was more than a little proud to brag that Sheboygan was where we’d be spending Christmas. 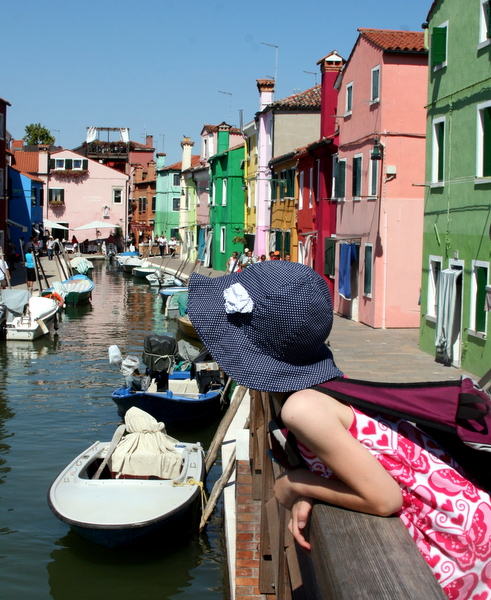 Burano, Italy, a short boat ride from Venice, was beautiful, with its colourful gabled homes and quiet canals. Picturesque. Hot. Lots of lace. I guess Burano lace is famous. We indulged.

Venice, itself, was gorgeous. And absolutely fascinating. It was built upon 118 small islands (kind of), connected by 400 footbridges traversing 150 canals. We could only get from here to there, in Venice, on foot or by canal boat, or gondola. 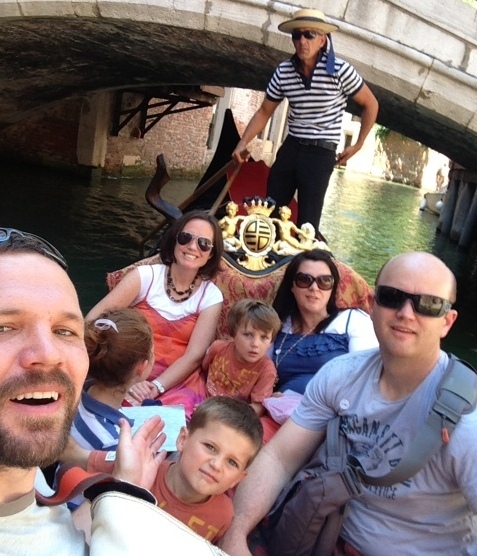 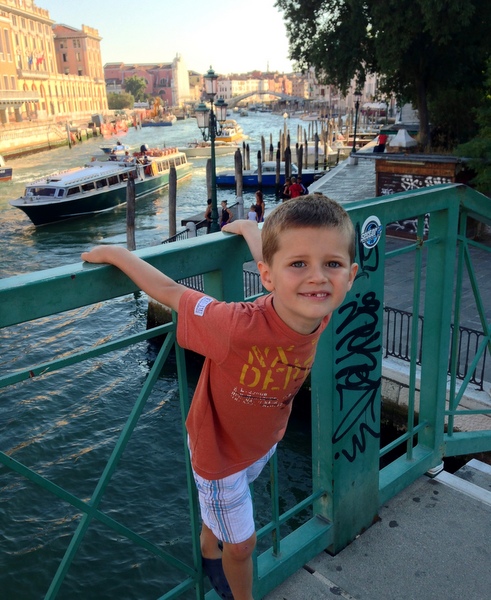 I think my favourite part of our holiday in Venice was simply wandering the “streets”. It was easy to get lost, and enjoyable, too. I broke away from the group, at one time, in search of a bathroom. I followed a walkway until it narrowed, narrowed, narrowed. Over small bridges. Between charming shops. Narrowing still, until it abruptly ended on the edge of a canal. I never found a bathroom. But I did find a shop selling handcut notecards – I had to have one (or three). And a gelato vendor. And a small Italian restaurant. (Ooo…And a second-hand store.) All before finding my way back to our Venetian flat.

The last evening we were in Venice, we passed a puzzle shop. This was no average puzzle shop. The small white-haired man who owned the shop also cut all the puzzles sold therein. And the puzzles were incredible! He insisted on educating us as part of our perusing experience.  The children were spell-bound for nearly an hour while he showed off his different puzzles. As gifts, he gave them each a bookmark and a magnet. Later that night, E sketched the generous shopkeeper a picture of Venice, and delivered it on her way to the water-taxi, taking us to the mainland, and then back on the road toward another country and another adventure. 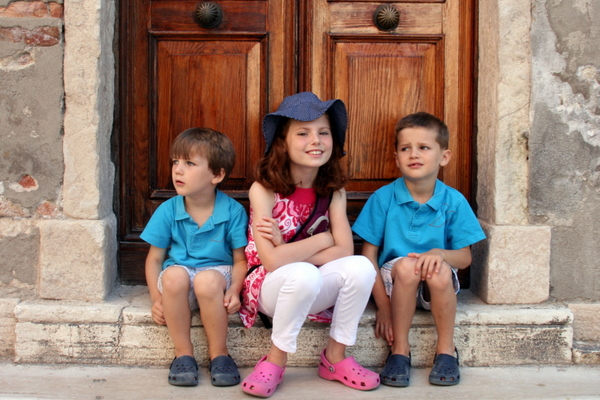 DAY #34 GIFTS TO MY FUTURE SELF 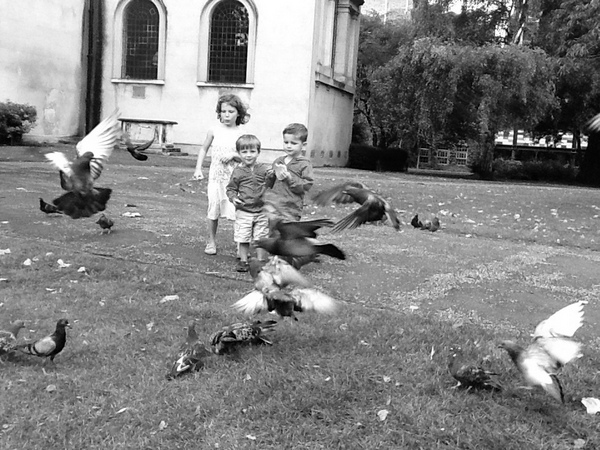