FAMILY LIVING, Why Did the Tarantula Cross the Road

While in the car, nearing Madrid, L called from the backseat, “Is this our destiny?”

I do not know that Madrid’s our “destiny”, but it was our destination that evening, and where we spent just a short time as a family.

Our Spanish flat was located above a city bakery. Score!

Teleferico de Madrid. I do not know if there was a more enjoyable way for the children to see the whole of Madrid than from the cable car ride, up and over Casa De Campo.

Botin. We ate in the cellars of what the Guinness Book of World Records considers the “oldest restaurant in the world”, Restaurant Botin: 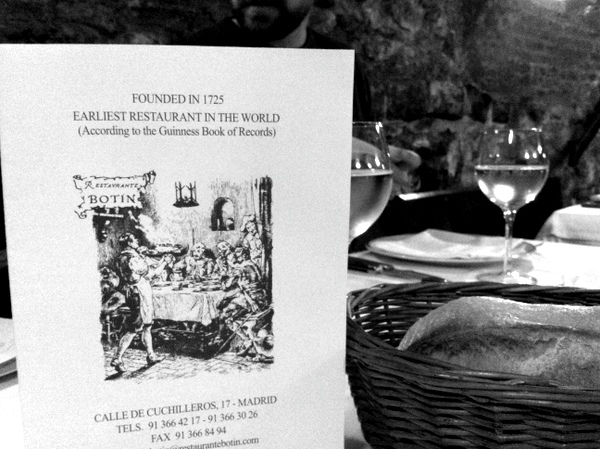 Museo del Prado. We took the children to the Museo del Prado, with it’s collection of European art.  A lot of Goya.  I am not a big fan of Goya.  Maybe I don’t understand Goya.

Plaza Mayor. We shopped in the Plaza Mayor, and were there swindled into buying the children balloon swords.

Royal Palace of Madrid. Though we didn’t enter the palace itself, we walked through the Royal Palace gardens: 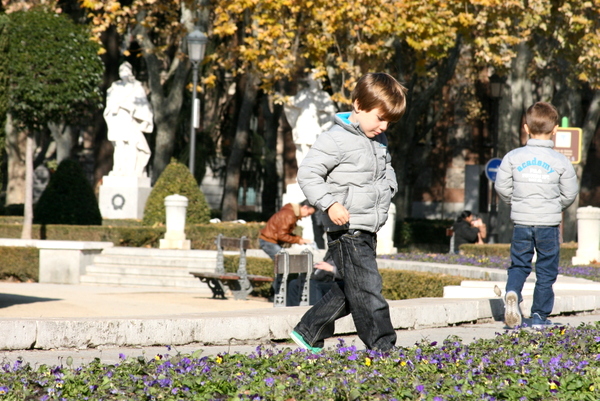 Markets. We partook of the dried sausages at every market we could find: 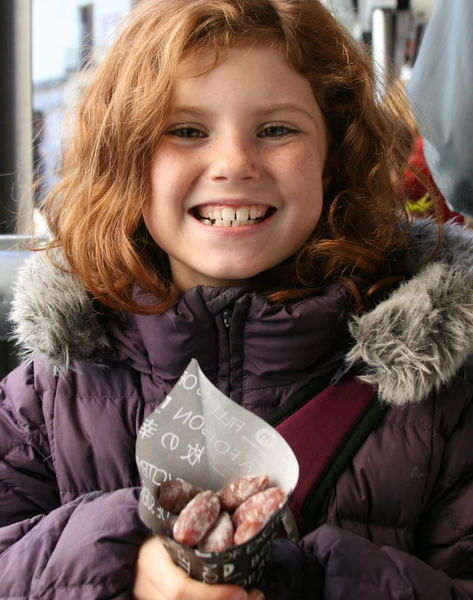 Alcala Gate. We saw it. We photographed it. We journaled the experience. 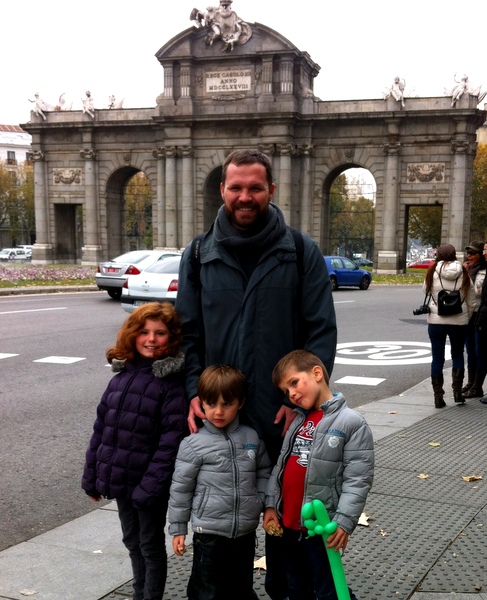 Templo de Debod. It was, in fact, at the Templo De Debod that we stood (with probably 200 other tourists) to watch the purple sunset over the city. Breathtaking!

Fountains. But mostly the children wanted to play on the playgrounds that spotted the city, and chase the birds bathing in the fountains: 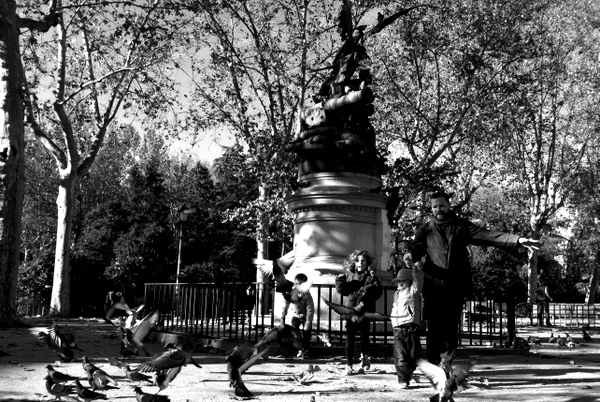 Convento de Corpus Cristi. I think our single favourite experience in Madrid was visiting the Convento de Corpus Cristi. In the convent you can buy biscuits made by the resident nuns. The interesting part is this – the convent is a closed convent, meaning the nuns are not allowed to see any “outsiders”. How, then, is a biscuit purchase made? Let me explain the complicated exchange. To the left of a giant studded door at the front of the convent, there is an old doorbell which you are invited to ring. Upon admittance, you walk down a corridor until you reach the only room you can reach – a room the size of a large coat closet. And in this room you find two items, and two items alone: (1) a framed menu of biscuits sold, known as mantecados, and their prices, and (2) a small old wooden cupboard with a small(er) and old(er) wooden lazy susan in the center. 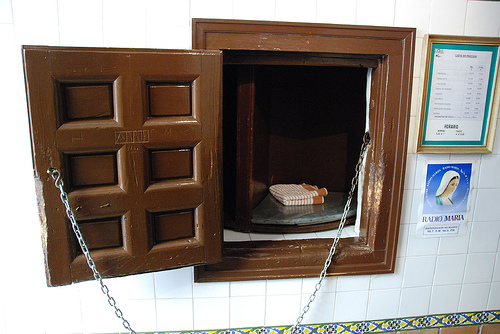 A nun’s voice shouts something from behind the wall in Spanish, which no one probably really understands. Then she spins the lazy susan which magically disappears and then reappears with a variety of biscuits and confections from which to choose. You select a box (we took both, as we didn’t know the protocol), place your money on the lazy susan, which then spins around again, and the money is collected on the other side – all without you ever catching a glimpse of the obliging nun.

Fascinating.  Very mysterious to the little ones.

Finally, before driving out of Madrid, our family took a few hours to visit the Latter-Day Saint temple in Pavones. Shortly before we were married, Bryant and I made a list of 100-things-to-do-before-we-die. On that list was to “visit 100 temples”.  Madrid. Check. Twenty down, only 80 more to go.

DAY #103 CONNECTION IN YOUR MARRIAGE 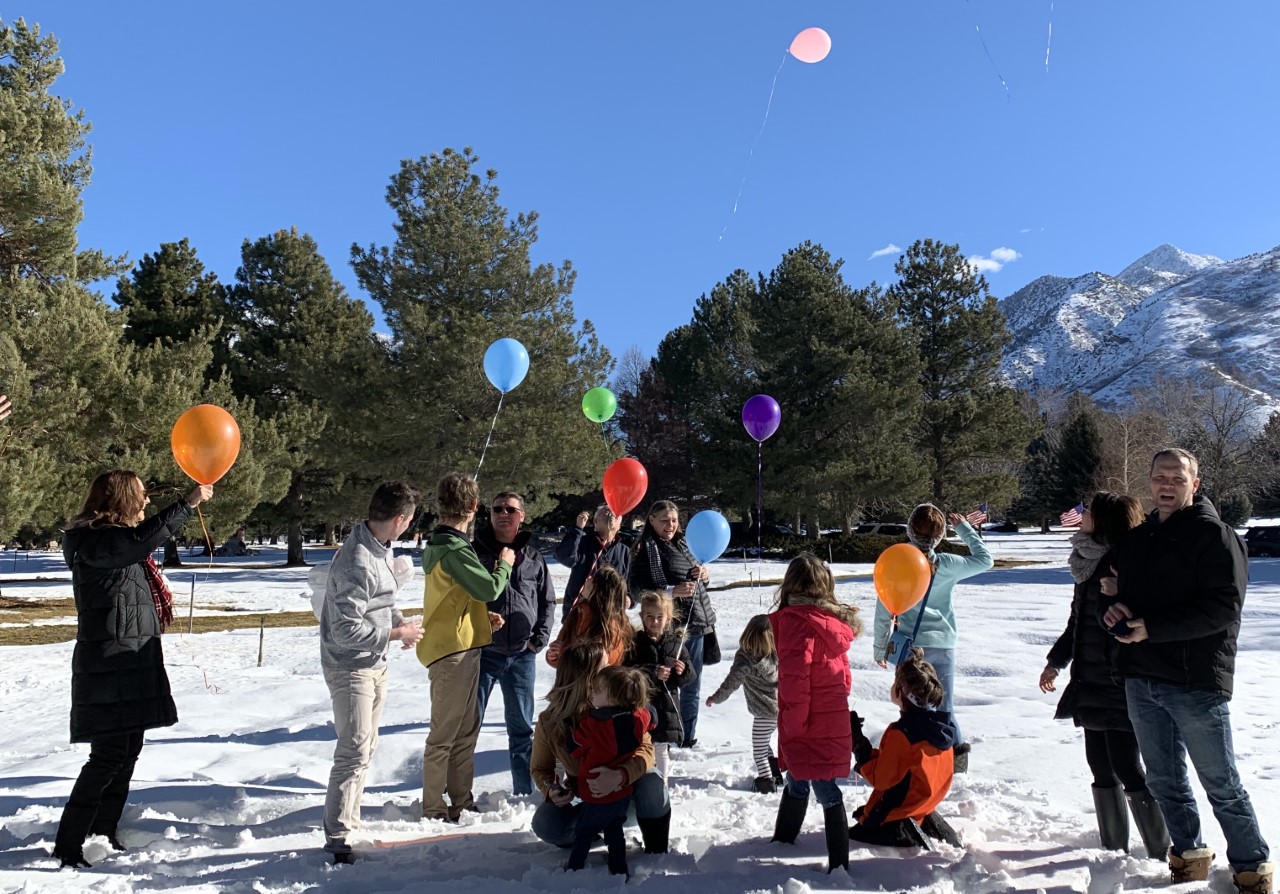