“I want to be really clear that the basic concept of the model is not something that I invented. It’s a basic truth. What I invented was just a way of looking at it, a way of organizing your brain around it. It’s just a tool that I created. The concepts behind the tool are universal truths.”

I think that I will progress more smoothly through my ONE YEAR journey by understanding this “universal truth”. And Brooke’s model, this tool she created, makes sense to me.

Let’s look at the different parts of the model:

CIRCUMSTANCE – Just the boring facts. Things that happen in this world that we can’t control like other people’s behavior or the weather. Our past. We have no control over our past. It’s done.

My friend, Jo, said to me recently, “I had ten kids in my family growing up.”

That is the fact. That is the circumstance. There were ten kids in the family.

She continued, “So my parents were never able to help me with anything. I had to learn to be really independent.”

Those are the thoughts she attached to the fact that she had ten children in her family growing up.

Thoughts cause feelings. What happened in her past, or what has happened in my past, has no control over us, until we put a thought to it.

Jo’s thoughts lead to Jo’s feelings. And those feelings could go in different directions, depending on her thoughts surrounding the circumstance.

Pride: “I am an independent woman. I can do anything I set my mind to.”

Victimized: “I never had anyone to help me. I was always alone. I am still alone.”

Defiant: The feelings Jo actually admitted to me were, “It was lonely. I didn’t like it. I will never ever do that to my children. In fact, I will do everything in my power to not put my children through what I went through.”

ACTIONS – All of our feelings will drive certain action, inaction, or reaction.

“I really want you to think about what you’re feeling… Actions are going to be very different based on what you are feeling. Your actions will always determine your results.”

“The result you create is always going to prove that original thought.”

I found, personally, that labeling what’s going on in my mind isn’t difficult. That was a thought. That was a feeling. That was a circumstance. That was a result. Or whatever. I can do that. I understand the model well enough to do that. But changing those patterns hasn’t come as easily. Thought-swapping hasn’t come naturally, even when it makes perfect sense to me.

“So many of us try to do affirmations. We try to think new thoughts, but because we don’t believe them, our brain just says, No.”

“Your brain wants to prove itself true. The brain likes to be right. When you start trying to change your thinking, you’re going to have this cognitive dissonance. You’re going to have this discomfort of adjusting from one thought to another. Most people don’t like the feeling of that discomfort, and so they give up on trying to adopt new beliefs. I want to offer to you that if you’re willing to go through the discomfort… once you’ve thought the new thought and believed the new thought enough times, then it becomes the easier thought to think. That’s where you want to get with yourself. You want to get to the place where thinking really positive, nurturing, nourishing thoughts comes naturally. You can’t get to the point until you practice it over and over and over again… I promise you it’s worth the initial discomfort of being in a space where you’ve proven yourself wrong. If you’re willing to be wrong, then you’re going to be willing to adopt new thoughts. You’re going to be willing to adopt new ways of thinking about yourself, which will ultimately change your entire life, because it will change the way you feel, it will change the way you act, and it will change the results you get.”

Throughout this blog I will be referencing this model: C T F A R. Know it. Get in the habit of using it.

Previous DAY #9 HOW TO BE MORE COMPELLING 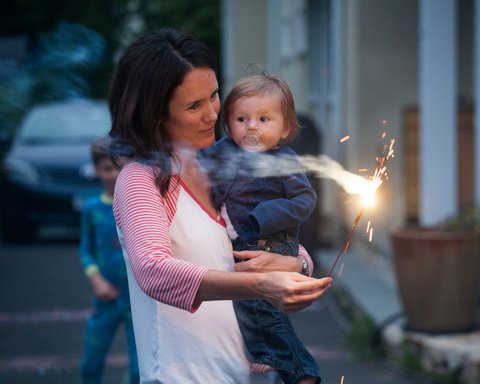