The carpool mom texted me from carpool the other day. All the school boys were in the back of the minivan, talking about how much their parents yell at them and embarrass them in front of their friends. She said she heard Liam pipe in, “The good thing about my parents is that they don’t yell at me and they don’t embarrass me in front of my friends. But they make it twice as bad after my friends leave!”

I think I have it down.

The podcast I want to share today, Still Trip’n, was sent to me by a fellow parent, and a long time friend. The whole podcast is staged more for teenagers and young adults. The host, Dave, likes to think of himself as “Cool Uncle Dave”. And Uncle Dave has some really really good advice, actually.

Let’s get into today’s pick. Dave wrote this episode after talking to a teenage girl who wanted a new group of friends.

“She was losing these friends that she’d grown up with, her entire life, for various reasons. She was feeling disconnected. She was feeling that she was at a point in her life that the only way she was going to be happy was if she could get these friends to like her. But every time that she did all the things that she thought would get them to like her again or to text her back, it never worked.”

Sure, I felt that way as a teenager, a time or two (or three). If she hasn’t already, Ella will go through this, too. She will! Why do we go through this?! As teenagers? As adults?

“Human beings originally started out in hunter/gatherer tribes. And they found out really quickly, if they’re in a group of people, they’re able to survive a whole lot easier out in the wild. Well, as a teenager, if you’re with a group of people it seems like you’re safer and it is easier for you to survive school – out in the wild – than it’d be if you were by yourself.”

Sometimes to be accepted in a group, we behave in a certain way, in hopes that the group will welcome us. But sometimes, even if we are behaving the “right” way, if there is someone in the group who rejects us or there is drama, we find ourselves out of a group.

“(I told her), You may have to do something that sounds so absurd. You (may) have to make your own friend group. (I told her) you’re going to need to create your own tribe. She had never even considered it.”

Create your own tribe? What?!

It takes a little time. But it is very realistic. Dave proposed five steps for this teenager, and any teenager ready to take this into their own hands. Ready?

“It only takes one person to connect many people.”

Previous DAY #26 MEETING YOUR OWN NEEDS IN MARRIAGE 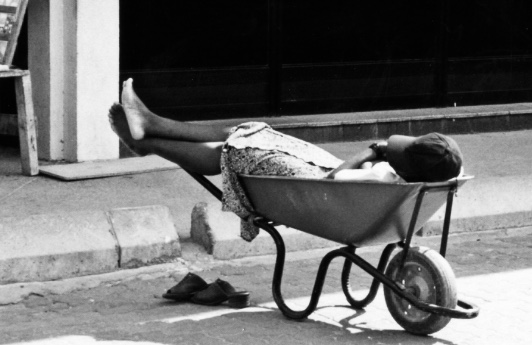