DAY #194 HOW TO DISAGREE WITH SOMEONE

“Every human being on the planet was born with the light of Christ; every one of us.”

Do we feel it all the time? No. Not all the time. I will be looking into this more with you in this Sunday’s post. Here is a little preview, though:

“I believe sometimes that as Latter-day Saints we are like fish who discover water last. We are so immersed in the element that we are unaware of its presence.”

We are promised in the Sacrament prayer that we will “always have His spirit to be with us.” Yes. But, we are taught in Sunday’s episode that there is a difference between having the Spirit, and feeling the Spirit.

Three things we can do to invite that Spirit, the light of Christ – to feel it for ourselves, and to shine it for others:

ONE. STAND FOR TRUTH AND RIGHTEOUSNESS.

Especially when others around you don’t.

TWO. BE THE YOU-EST YOU THAT YOU CAN BE.

“This innate desire that we have as human beings to fit in is something that Satan wants to use against you. He wants you to feel bad or to be ashamed for …everything about you that is slightly different than everyone else … You are different in some way. And it feels like that’s a problem. And what I want you to know is that that’s not a problem. That’s the best news ever.

Justin Timberlake said, ‘Growing up in school … they called me weird. They called me a couple other words I can’t repeat. Thankfully, my mother taught me that being different was a good thing, that being different meant that you could actually make a difference. If you’re a young person and you’re being called weird or different, or whatever you’re being called, I’m here to tell you that your critics do not count. Their words will fade; you won’t.'”

THREE. LIFT ONE ANOTHER UP.

This is the one that struck me the most, today, on Christmas Eve. Listen to this example that Jody shares with us:

“In carpentry, there is a term called ‘sistering’. Did you guys know this? Here’s how it works. A carpenter takes boards and lays them parallel to one another, and they’re designed to handle a certain load.

Each board is called a joist. And sometimes, what happens is that that existing joist becomes weakened. Maybe it’s damaged by water or fire or maybe they’re just going to put a heavier load on it than it was originally designed to hold. But either way, now that joist is not as sturdy as it needs to be.

And so when a builder needs to strengthen a joist, what they will do is put a board right next to the original one and fasten it together. And then sometimes they’ll put one on the other side as well and fasten them both together, to hold up that existing joist. And do you know what it’s called when they do that? A SISTER JOIST.

That’s right, my friends, two boards supporting a weaker board on either side is a sister joist. And builders use that word ‘sister’ like a verb. They say, ‘We need to sister the joists in the east bay.’

Such an appropriate verb, right, because this is what we do.

We lift one another up. When someone around us has a load that’s too heavy to bear on their own or life becomes too challenging and it breaks in some way then we stand on either side of that person and we sister them. And this is what shining your light means.”

Tonight was the night my sisters and I exchanged sister-gifts, and I was emotional. I was touched by their thoughtfulness, of course, but even more touched by the emotions I felt in my heart – the connection I felt, the lift I felt from each of my sisters. I hope and I pray that, through my words and my actions – a result of my thoughts and my emotions, right? – that I can communicate to them my support, my respect for them, my gratitude for their influence in my life. 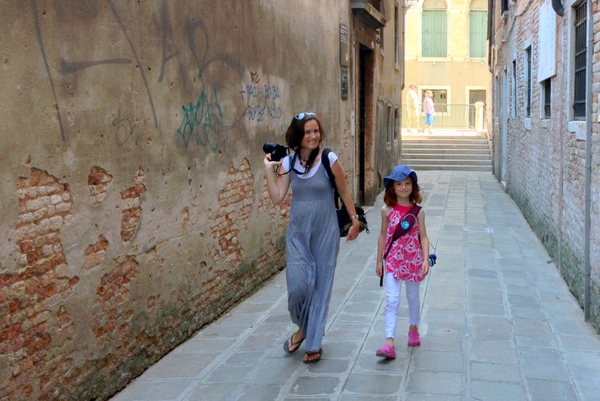