Let’s stay with the theme of parenting. I have a lot of podcasts I want to listen to on parenting. I wrote an email to The Life Coach School. We’ve had a lot of tears, this first week back to school. That just means that we have some more skills to learn. In answer to my questions, The Life Coach School suggested that I listen to this particular episode, an interview between Brooke Castillo and her two teenage boys.

It was long. It was a little it scary. Ha! Here are four points that spoke to me:

Brooke asked her oldest son, Christian, about peer pressure. I thought his answer was very insightful.

“Everything that you think your kids would never do when you’re raising them, is what they’re doing… And I think it’s less pressure, like, externally. It’s more of an internal pressure to, like, fit in.”

Internal pressure, to fit in. That makes sense. That was my experience as a teenager as well. But I think I had the idea that peer pressure was greater today, that everyone is really laying it thick on my children to do this or to do that. And that there’s no way for them to escape that peer pressure. How does knowing that the pressure internally is greater than the pressure externally – how does knowing that change the way I discuss these things with my children?

Brooke didn’t raise her children in a church – very hands-off when it came to religion or church attendance or anything like that. So, it was fascinating to me that her oldest son found God. He found a church on his own. He decided that his values aligned with the values being taught in a particular congregation, and he believed that baptism was important to salvation, so he did it. He joined a church as a teenager, on his own.

“I think that kids growing up in a church have a clear path as to what’s right and wrong. But they have to know why it’s right or wrong, because a lot of parents that are Christian or Catholic or whatever, Mormon, whatever, their parents tell them that it’s bad because God says it’s bad or whatever. But they need to understand WHY it’s bad. And that’s what I think… The most powerful thing you can do for your kids is making them make a decision for themselves. And you can’t make them choose the right thing. “

How will Brooke’s son’s experience in church be different than a teenager who’s parents are forcing him to go to church’s experience? Do you see? When do I say to my children, This is where you are expected to be. This is where you can be influenced by people with values that I approve of, or whatever. When do I put my foot down on church attendance like that, or when do I say, This isn’t your thing? That’s okay. But we don’t run away from something – we run toward something else. What else do you have planned? What IS your thing?

It’s President Nelson, riding the public bus as a child, to get to the library to find books about God. It’s that commitment. It is them making that decision for themselves.

Brooke’s second teenager, Conner, at first really struggled with his confidence. I think that is pretty typical for a teenager.

“I was always worried about being that cool kid or whatever. Growing out of that was the hardest part for me growing up.”

What changed? His mom asked, How did you turn out so well?

“I just thought about how … you can ‘change’ other people’s thoughts, because you can make up in your mind whatever thought you want them to have… You’re making it up anyway, right? You’re already making it up, just make it good.

Thanks for staying with me through this. Interesting, right? I really wanted to primarily use the teenager’s words today. But here is something from Brooke. This is the two mistakes I think we make. (1) We think it’s my responsibility for you to be happy all the time. Anytime you’re not happy, I need to do something to make you happy, to make you feel better. (2) But also, it’s so hard to just let you be who you are.

I think somehow I got the idea at some point in time that I am the potter, and my children are the clay. Right? I can shape this raw piece of clay into what I think it ought to be – what I want it to be. And I studied to learn my art, and I started on my work – molding children into pieces of art that I understood and that I could relate to, etc.

Years later, I came to the realization that that is not the case at all. That I am not a potter, and that my children are not raw bulks of dead clay, waiting to be molded into my desired piece of work.

If we are going to stick with metaphors, maybe a better metaphor would be the relationship of a gardener and a seed. These humans came to me already with the potential to be more of who they were already created to be – THEMSELVES. And I have the privilege of watering them and caring for them and providing space for them and protecting them and watching them develop and eventually bloom.

I believe that each of us – Bryant and me included – all of us, were someone before we were ever born. I believe we had personalities, desires, quirks, hopes, gender, etc. And He knew us then, and He knows us now. And I believe with all my heart that He is happy and finds joy in me being me, and in you being you, and in you growing into you, and in you embracing you.

Next DAY #77 LESSONS FROM MY TEENAGERS (again)

DAY #60 HOW THE CONSTANT COMPANIONSHIP OF THE SPIRIT WORKS 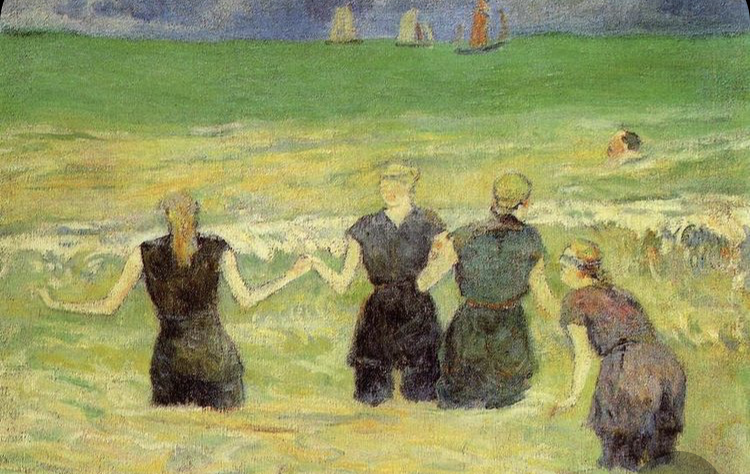