There are so many gems in this podcast I chose for SUNDAY SABBATH STUDY. A friend sent it to me. I had heard it before, but it was even more powerful the second time around, because I took the time to write about it. Brother Haws starts off his speech ratifying what I am experiencing right now.

“A quote by Francis Bacon… ‘Writing (makes) an exact man.'”

Let’s do this. Let’s write about the gems I picked up today from JD Haws.

When Brother Haws was asked to speak at the BYU Marriott Center, he originally said no. But, days later, this bit on inspiration came to him, and it is something I can learn from, too:

Every day that I sit down at the computer to listen to a podcast for my blog, ONE YEAR, it is a chance for me to think about something, wrestle with something, and learn something.

Really, the guts of what Brother Haws wanted to share is this:

He uses a potent example, both John and Peter’s request of the Lord, Jesus Christ. This, to me, was incredible:

“This section (Doctrine and Covenants 7) adds important detail to the account in John 21 and retells how John expressed his heartfelt wish to have ‘power over death, that [he could] live and bring souls unto (Christ)’ until Jesus comes again. We learn (in this section) that Peter, on the other hand, had desired that he might ‘speedily come unto (the Lord) in (His) kingdom.“ Here is how I have imagined this scenario playing out. This is my mental screenplay of the scriptural story. Peter approaches the Savior a bit hesitantly and quietly asks, “What was John’s heartfelt wish?” Peter learns that John desired to stay on the earth until the Second Coming to preach the gospel. I can see Peter keeping a forced smile and saying, ‘Wow. That is wonderful.’ But in his mind he is really thinking, ‘Ahhh! I am so dumb! Why didn’t I ask for that? Why didn’t I even think of that? John is so much more righteous than I am! Not to mention he is a faster runner than I am! Why do I always have to be so impetuous and jump in first on everything?’ In this reading, one might assume that Doctrine and Covenants 7:5 would read like this: ‘I say unto thee, Peter, (your desire to come speedily into my kingdom) was a good desire; but my beloved (John) has desired that he might do more, or a greater work yet among men than what (you have done, thou slacker).’ I can still remember where I was, however, when I realized that of course the verse did not read that way. Here is how it really reads: ‘I say unto thee, Peter, this was a good desire; but my beloved has desired that he might do more, or a greater work yet among men than what he has before done.’ I feel this with the force of truth: Our perfect, loving God makes no horizontal comparisons. In this verse Jesus only compared John with John’s former self—John with old John. He only compared Peter with old Peter, with former Peter. And He only compares me with old me… Just repeating a sentence like ‘your contest is not with him but with yourself’ or ‘the race is against sin, not against each other’ feels like verbal aloe vera on our sunburned souls. It soothes, it cools, and we feel tense muscles relax.”

Humility. Isn’t it CS Lewis who says, and I am paraphrasing: Humility is not thinking less of ourselves, but thinking of ourselves less.

“Think of all of the questions that bombard us on a daily basis: Did I score more points than my rival in the basketball game? Did I get the highest score on the test in my class? Did my witty comment in Sunday School make more people laugh than my roommate’s comment did? If I glance over at the treadmill next to mine, will I find that I am running at a faster pace? And on and on and on. These constantly nipping questions are all about me, me, me. And it is exhausting.

Doesn’t it sound freeing and liberating to think less about ourselves? To not be thinking about ourselves at all? And to do that effortlessly, as naturally as breathing, because it is just who we are? As if the armor of God that we put on is coated in Teflon, so that none of this—not flattery, not worry about where we measure up, and not insecurities fueled by the lack of retweets—can even possibly stick to us?”

It was definitely CS Lewis who said (and I know because I have it in the notes from Brother Haws’ speech. Ha ha ha): Do not imagine that if you meet a really humble man he will be what most people call “humble” nowadays… Probably all you will think about him is that he seemed a cheerful, intelligent chap who took a real interest in what you said to him. . . . He will not be thinking about (his) humility: he will not be thinking about himself at all.

This one was very personal to me. Let me see if I can explain in a way that does the feelings I feel right now justice. Jesus—while on the cross—assigned the duties of a son to John, His beloved, because of His concern for His heartbroken mother? Similarly, the Lord seemed to make that same holy assignment to his beloved disciple, my brother-in-law, Hyrum, when my own mom, in a very real way, needed caring for in her heartbreak. Why was her care not assigned to me? Proximity, yes. But I also was not in a good place in so many ways to be that constant care-giver.

I do not, and I cannot compare myself to Hyrum, just as Peter was not to compare himself to John.

But I can learn from this, and I can see where in my life the Lord has entrusted me with His heartbroken children. Am I doing any better now than “(I have) done before” (Doctrine and Covenants 7:5)?

I am grateful to Hyrum, for giving the care my mom needed. But, my gratitude is shallow compared to the gratitude the Lord feels for Hyrum’s sacrifice. I love Hyrum for his example.

I pray daily for more charity.

I know that the Lord lives, and that He loves us, more than we can understand. He loves us wholly, and without reservation. He has a plan for our happiness – each one of us. 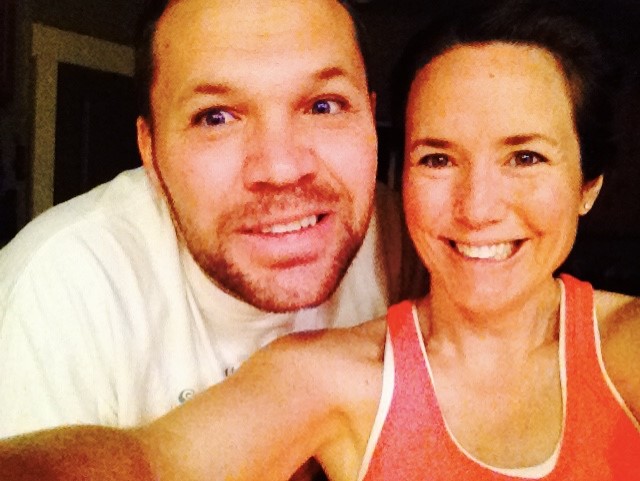