Stephen R Covey tells a story of a time he was riding the subway to work, in NYC. I am really paraphrasing here. Stay with me. He was riding the subway to work, and the subway car was full of other professionals doing the same. There was a man who boarded the subway at some point, with his young children. And while the man sat on the subway bench, lost in thought, not paying attention at all, his children were running crazy around the subway car, loud and annoying to the other passengers. Covey, moved closer to this man, and suggested that he may want to keep a hold on his children. The man, at this point, came to himself, and noticed his children for the first time. He said something to the effect of, “Oh. Yes. We are just coming home from the hospital where their mother passed away. I guess they are not sure what to do either.”

Covey talks about his paradigm shift. He said, “Everything changed in an instance”.

Let me take you back to DAY #95. The first thing that He wants is for us to see. Right? He wants us to see things as they really are.

Let’s talk about how our brain works. There is our lower brain. This primitive brain wants instant gratification. It is also looking to defend itself – it creates in us fear. It also creates in us stories about the situation around us and the people around us, to help us understand quickly, who is safe and who is not. It works really really well. And we need it.

“We are hard-wired to make sense of hurt, as fast as we can. And if we can come up with a story that makes sense of it, our brain chemically rewards us for that story. Whether it is accurate or not.”

Because our primitive brain is so active, trying to protect us, trying to make sense of things by making up stories, we need our prefrontal cortex to manage that part of the brain.

Some of the stories we tell ourselves are about other people.

She thinks she is better than me. He thinks his time is more important than mine. I heard a story a friend, Sara, let her mind create about another friend of ours.

Circumstance – Jane walked out of the room when Sara walked in.

Action – Sara called a few other ladies in the neighborhood to tell them that Jane doesn’t like her anymore.

What was really happening? Jane had had a heart-attack recently, and, that day, her heart had been palpating. The moment before Sara came into the room, Jane had told me that her chest was hurting and that she had to go home, immediately.

Sara’s primitive brain, in an attempt to protect her from rejection, created a story. But did that story really protect Sara? Did that story serve her well? What would have happened if Sara had consulted her prefrontal cortex before acting on the thought or the story?

Some of the stories we tell ourselves are about a situation.

Again, our brain trying to make sense of what is happening. Let’s look at an example from the Book of Mormon. The vision of the Tree of Life in 1 Nephi 8.

Nephi goes through the work, intentionally, to get the correct interpretation. See 1 Nephi 11.

I can with certainty say what Laman and Lemuel’s thoughts or stories were about the vision of the Tree of Life, based on their actions and their results – you can see examples of the results throughout the entire Book of Mormon!

“Every single result you have in your life is the bottom line of the model – you had a thought and a feeling and took some action. Put the result that you have in your life, in the RESULT line, and then trace it back up to your thinking. Take responsibility. If you want to know what someone’s thinking, look at their life. If you want to know what you’re thinking, look at your life. Your thoughts are never a secret. They’re manifested in the results of your life.”

Many of the stories we tell ourselves are about ourselves.

Is the story in my mind using “I” or is the story using “you”? First person or second/third person. Really interesting question, right?

“I know if the story being told IS in second or third person, that it is not me telling the story.”

The question then becomes, if I am not telling the story than who is? It is either the devil on one shoulder or the angel on the other shoulder, right? This image is a popular cartoon, but it is also something we can think about to help us understand the second-person voices speaking to us in our minds.

“One of Satan’s job is to be our interpreter. Satan will tell us how to interpret everything. What our past means about us. What others think about us. Etc.”

Remember the model. No circumstance – an event, or another person’s behavior, the weather, etc – has any power until we give it power by our thoughts.

Satan offers us “you are” thoughts. You are a bad mom. You are not good enough.

This morning he offered me this gem: You are not really a person they like to be with. You are too goody-goody for them. And they will reject you.

“I am being fed an interpretation. These are not my (own) thoughts.”

Okay, then. How can I know if the interpretation of the neutral circumstance is coming from the devil on my one shoulder or the angel on my other?

“All things which are good cometh of God; and that which is evil cometh of the devil; for the devil is an enemy unto God, and fighteth against Him continually, and inviteth and enticeth to sin…”

And what is Brooke’s new definition of sin from DAY #95? “Any thought or behavior that puts you in a loveless state.”

“Paul promised that the truth will set us free. Think of the freedom you feel when you feel love instead of suffering… Satan’s interpretations put us in bondage!”

My friends, I want to see things as they really are!

I want to close with a story that Brooke shares, from The Visitor, by Ken Merrell, about a child able to see things as they really are:

When I was 18, as I was preparing to serve a mission, my bishop called me to teach the Sunbeams. . . .

One day I invited Mike to come to church and sit in my class. Mike was my age but had stopped attending church completely by the time he was 12. We had remained friends over the years. . . . Once in a while Mike would accept my invitations to come to an activity. It always surprised me when he did, so I kept ­inviting him.

At that time, Mike had long, black hair and a beard. . . . I don’t remember when I invited him to my Primary class, but one day he showed up.

“Class, I would like to introduce you to my friend Mike,” is how I began my lesson. “He is visiting us today.”

Mike sat next to me in front. The children sat in a semicircle with their eyes fixed on him. They were much quieter than usual. I was about five or six minutes into the lesson when one little boy got up from his chair and walked across the room and stood directly in front of my friend. . . .

With the innocence of a child, [the boy] said to Mike, “Are you Jesus?”

The look on Mike’s face was total surprise. It seemed, as I glanced at the children’s faces, they all had the same question on their minds.

Mike looked at me as if to say, Help, what do I say?

I stepped in. “No, this is not Jesus. This is His brother.”

Mike looked at me as if in shock.

Then without hesitation the boy . . . reached up and wrapped his arms around Mike’s neck. “I can tell,” the boy said as he hugged Mike.

DAY #116 EMPOWERING THE TRUE SELF (again)

DAY #291 ALLOWING PEOPLE TO BE WRONG ABOUT YOU 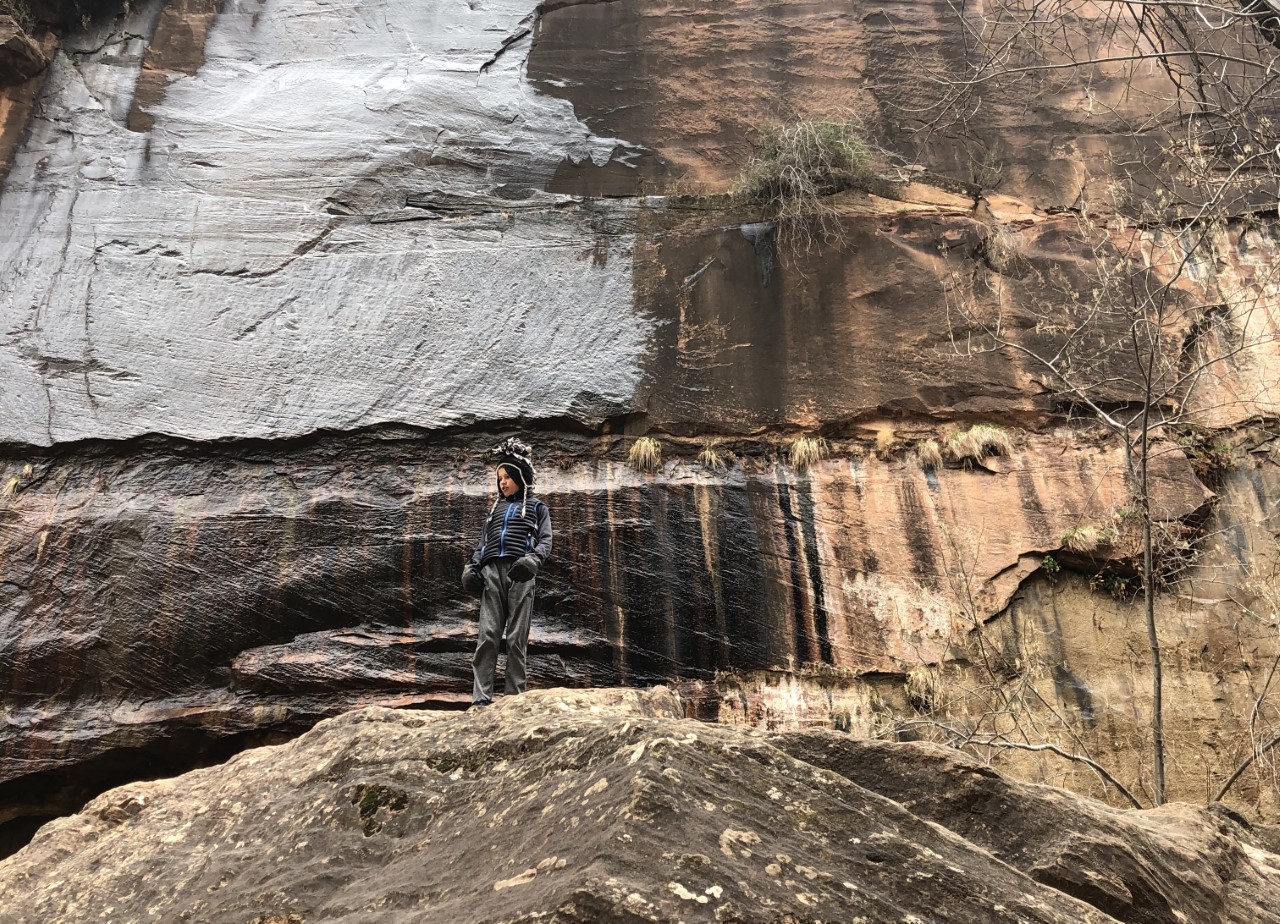