I tossed around the idea of making this Better Than Happy episode a MONDAY MARRIAGE MATTERS blog post, because this, my friends, is what Bry and I talk about. Money. And not in a selfish way, or an unsatisfied way. More like in a strategic way. We like to talk about our dreams – our big dreams – for the future, and what money it’s going to take to get us there, comfortably. Mostly we discuss how to save money. Last night, after listening to this podcast, I really enjoyed our discussion about our belief system around money.

Many of the beliefs we have about money come from a scarcity mind-set. And, what we think, creates our emotions, our actions, and our results, right?

“Many of us grew up in a society that had some ideas about money that are now holding us back… you’ve got to work really hard to make money, we need to be really careful with our money. Money doesn’t grow on trees. Money’s hard to come by. We don’t do that thing because it costs a lot of money.”

Money is fun, as opposed to hard – a hard slave-driver, right? That is not our belief. Our money works for us, not vice versa.

Money is an indicator of how much value you are putting into the world.

As a stay-at-home mom, myself, not paid a penny, I don’t think that what Jody is suggesting is that because I’m not making money, I’m not adding value to the world. But money is measurable, and in a business that is putting good into the world, it is an easy indicator to give you an idea how you are doing at getting that good you offer, out there, right?

“People pay money for things that they value, and they don’t pay money for things that they don’t value. So, the more money someone’s paying you in, the more value that means you’re offering to a certain person, or to an organization, or to a group of people… We can just coast and keep doing what we’ve always done, or we can push ourselves and evolve and grow, and try to figure out how to contribute more in the world. And why wouldn’t we want to do that?”

We don’t have to feel bad for charging someone for helping them. When my parents got divorced, I hired a counselor, and I paid him. Crazy right? It’s his business – he earned that money by helping.

“I don’t see anything wrong with charging money for helping people. Are we saying we should only charge money for things when it doesn’t help people? That makes no sense. I think the more you help someone, the more valuable it is and the more money they’re going to be willing to pay for it.”

“That’s just how we sometimes operate as human beings. We take for granted things that are free. We don’t value them.

When I charge my clients money, I don’t think of it as I’m taking something away from them. I think about it as, ‘This is going to help you get the value out of this!'”

I have to remember that. I have been looking for different coaches for different areas in my life the past few months. And some are really expensive. And I think, What if I try that and it doesn’t work, and I am out all this money?

Do you remember this discussion from before? It may not be the right match the first time we hire a coach. Or maybe even the second time. But, it gets us out! It gets us open to the idea.

“We’ve tried other things that didn’t work. And we’ve (learned to) avoid disappointment.

‘Let’s not go outside the cave because it’s scary out there. It’s dangerous out there. We don’t know what it’s going to be like. It might not work out like we wanted, so we’ll just stay in the cave.’

If we never leave the cave, we don’t go explore the rest of the world. We don’t make our lives better. It’s the discomfort that gets us to a better life and a better situation.”

I believe that money opens up opportunities – opportunities to better myself. And it takes some money and some time and probably some looking around and trying new things, to get to that next level. To get to that “amazing version of me, just around the corner.”

And I can invest in me. And I can allow others to invest in themselves.

Setting a money goal gives you something to aim for.

“It helps you stretch yourself towards the potential that you have and the value you’re able to put out in the world if it’s managed correctly, if you’re thinking about it correctly.” 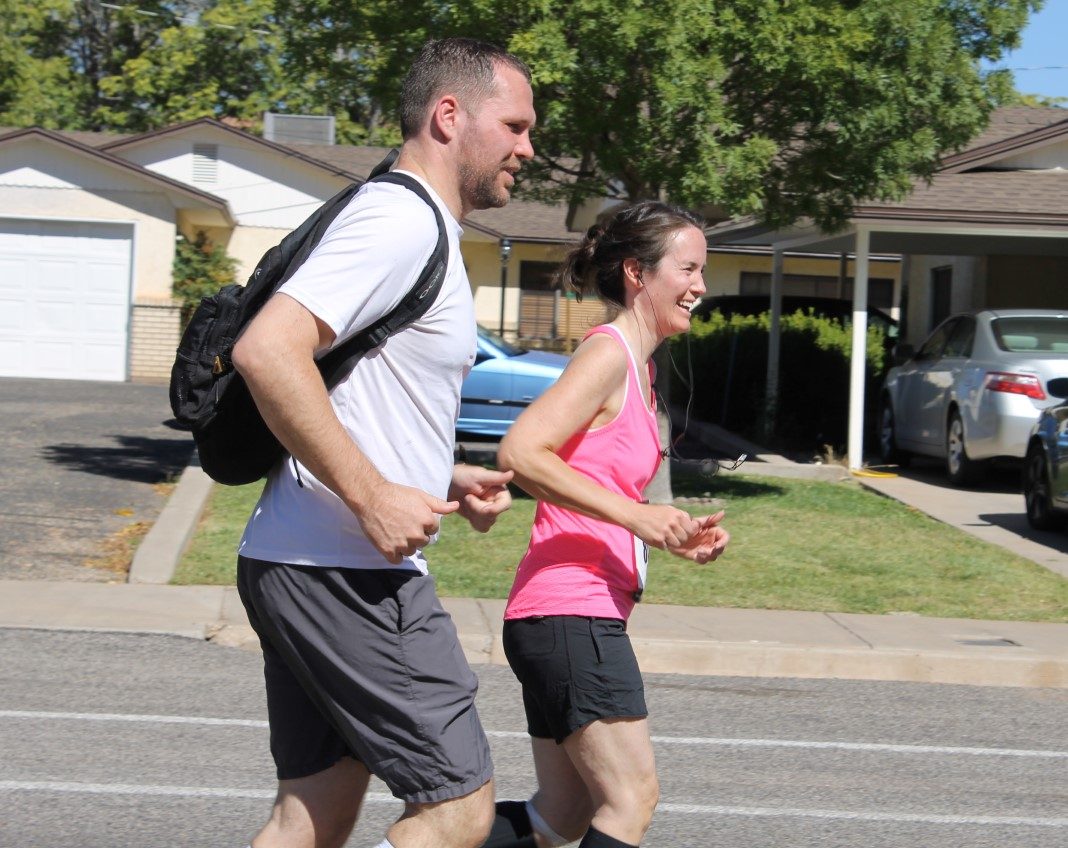