Liam came to me last night. He said he felt like he should take a break from his iTouch. Hmmm. Interesting.

I asked him if something had happened that made him feel this way. “No. I just felt like I should take a break, so I prayed about it, and decided to take a break. Maybe I’ll only play on it once a week.”

I guess I was worried that something had happened or that he had seen something inappropriate. So I pressed him a little more.

He said, “Mom. I saw a picture at school that made me feel really uncomfortable.”

Now we were getting somewhere. “What was it, bud?”

“It was a picture of a family, sitting in their living room together. But everyone’s faces were down looking at their iPhones and iTouches instead of at each other. That made me feel really uncomfortable.”

I have been thinking about this, so much. There are the obvious dangers of technology that I worry about. Pornography, cyber-bullying, etc. But there are other dangers inherent in technology, one being that it literally separates us from those around us, those that love us. Our relationships are suffering.

Another danger is that technology is widely used as a buffer. When I am upset about something, the children’s behavior, my own behavior, a sticky relationship, whatever, I will sometimes go to FaceBook to distract me from my feelings. I don’t know that that’s bad, necessarily. But is there something better? It’s something to be curious about, right? Do I recognize what I am doing? Do I want to be doing what I am doing?

The principle taught today is this: If there is something in our life that we don’t like, something that we think is intolerable, the tendency is for us to buffer so that we can tolerate it. Does that make sense?

Let me use a couple examples to illustrate. When the house is dirty – I hate a dirty house – but when it is dirty, I sometimes go and watch a TV show.

How about this example. When you don’t have a job and you are embarrassed that you don’t have a job, so you do drugs or you drink alcohol or you sit and watch television all day long. All this buffering is making something that in intolerable to you – a lack of a job – tolerable. Right? Does that make sense?

And watching TV doesn’t get my house clean.

What if we cut out that buffer? What if we turned off the TV and started applying for employment? How would we feel?

“When you quit buffering, you should feel terrible because that’s the reason you’re buffering in the first place. But on the other side of terrible is the life that you’re meant to be living, it’s the life you could be living.”

Brooke uses this example from her life:

“There was a significant time in my life where I was drinking more than I wanted … drinking every day. And drinking made my life, which was unacceptable to me, tolerable. And so, what happened when I was drinking is that nothing changed. Nothing got better. Nothing improved. When I quit drinking, so many things in my life were all of a sudden intolerable to me. And so, I spent the time that I had spent drinking, changing my life – (changing those intolerable things).

So buffering stops us from progressing toward our dreams.

“When you don’t access what you truly want and you hack your brain by using pleasures, you miss out on YOU. You miss out on what you have to offer you…

I want you to look at your life and I want you to ask yourself, what is it that the buffering is helping you tolerate that you shouldn’t be tolerating?”

Let’s make this personal. What, in my life, is intolerable, that I am making tolerable by buffering?

I’m not sure. I don’t know that anything in my life is intolerable. Here is something that comes to mind, though: I am watching TV shows about doctors rather than following my dream of getting a masters or a doctorate degree. I am watching movies about people dealing with family issues rather than manning up and dealing with my own family issues. I am reading books about families taking a chance on their dreams and living their big dreams instead of sitting down and planning and working toward our own family dreams.

I have been reading Seven At Sea with Bryant this past week. Incredible. Really incredible. They dreamed it up, they worked hard, they made the sacrifices, and then they made it happen. This family of seven lived on a sailboat together for ten months.

I want to dream big, and I want to do big, not just read about it. Right?

Next DAY #134 START WITH THIS SIMPLE RHYTHM 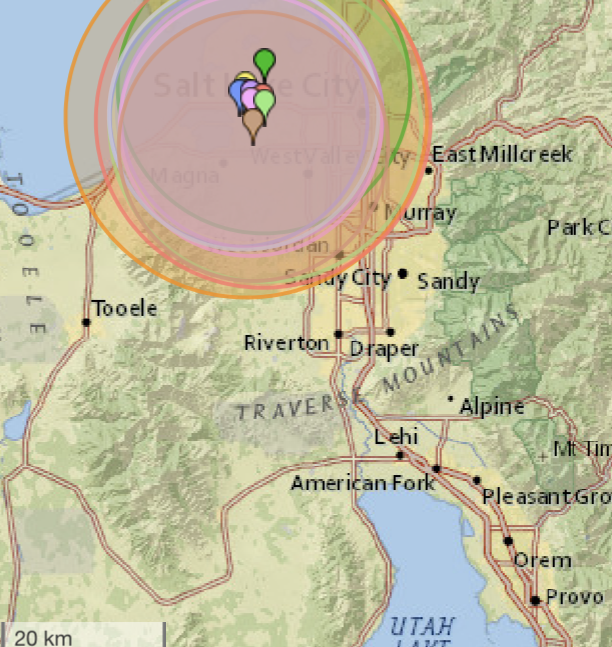