Bryant and I listened to this podcast episode while we were in the van, with all the children in the back, driving toward Goblin Valley, for a day-hike. Just thinking about the podcast again today is taking me right back to that drive – the beautiful mountains we passed through with the river far below.

I remember what was taught in this episode, though maybe not word for word. And I remember what comments Bry had about what we were listening, too. It is all still vivid in my mind.

Jody is talking here about emotions. Not “hunger” or “fatigue” – those are sensations. Emotions like “happy” or “scared” or “anxious”. And emotions come from thoughts – every time. Remember the model?

Let’s talk about a switch – a small switch in a railroad track diverts a train from the direction it was originally heading. Do you know what I’m talking about?

Does this happen to our emotions, at times? Or maybe it happens every day, several times a day?

I can tell you, my nine year old son had a very specific switch. He would be perfectly content, going about his activity, and then he would fly off the handle, and really be frustrated with everyone around him, and everyTHING around him. And I would see it. And I would know that that switch had happened. Switch: The poor boy needed to go to the bathroom. He hadn’t, in his nine years, known how to stop and get curious about his sudden and frequent switch in emotions. But I had. And I’d noticed, without an exception, his positive emotions would switch to negative the second his body realized that he needed to go to the bathroom, even though he didn’t know that that was what was going on. And I would calmly say, “Why don’t you go to the bathroom, buddy.” And he would. And he would okay after that.

And this goes for you and me too, right? If emotions are caused by thoughts, then it is entirely within our power to switch. But, I’ve also noticed that there are some things that come along that “direct my brain” to an unexpected switch – a change from my current emotional state to the opposite emotional state, like Liam needing to go to the bathroom. I can name a few of mine, off the top of my head:

When we first moved to NYC, I was in my first trimester with Ella. I was so incredibly sick. And I would lie in our cockroach infested 280 square foot apartment (which I happened to love, by the way), and I would throw up, all day long. I remember lying on the bed, watching the cockroaches crawl up the wall, then try to crawl across the ceiling, but they couldn’t hold on or were too heavy, and then would drop to the floor. Then start the trek again, up the wall. I would watch it, over and over again. And then I would throw up again.

Bryant, at the time, was working 80+ hour weeks, and he was worried about me. So, since he couldn’t be there with me, he would call me on my cell phone, several times a day. Good husband, right? And he had a specific ringtone. And, even after Ella was born, and I was no longer nauseous, when Bryant would call me, and that ringtone would play, I would want to throw up. Seriously. It was a trigger. It was a physical switch. We changed the ringtone as soon as I could see what was really happening.

But I would be going about my day, happily playing with Ella, healthy as I could be, and the phone would ring, and I could hardly stand up. That ringtone was again, a physical switch.

And I know that this is different, but, I have to say, when the phone rings, to this day, any ringtone, my thoughts about what is going to be asked of me by the person on the other end of the line, causes an emotional switch in me, as well.

Now, I’ve used a ringing phone as an example of a negative switch – physical and emotional. But I have switches that move me from negative to positive as well.

Think about it. When I am lonely, entertaining negative thoughts about my worth or about my relationships, I will sometimes literally turn on my phone ringer to its maximum volume so that I will hear it when/if someone calls me. I know that when I hear the ringtone, I will, in that situation, think thoughts like, “Someone cares. Someone is thinking of me.”

“Switches” or triggers will happen in the world all around us, and regularly. And they will make it easier to think new thoughts – negative or positive – and feel a new emotion. But they are, in reality CIRCUMSTANCES. Those switches are neutral.

The practice that I started some time ago is to be curious about my new emotion – especially if I find it is a negative emotion. “I wasn’t cross just five minutes ago. What happened in those five minutes? What stimulation did I receive? What thoughts did I entertain?” And maybe I want to roll down that road for awhile. Maybe it would serve me to keep that negative emotion. But maybe it wouldn’t. And once I know what switch was pulled, I can get curious about my thoughts surrounding that switch. And I can determine if I want to change those thoughts or not.

No judgement. Just more awareness so I can feel what I really want to feel, and I can create the life that I want to create.

DAY #97 EMPOWERING THE TRUE SELF 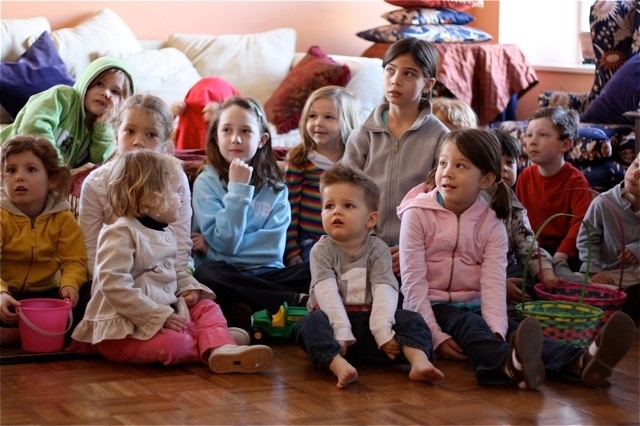