My sister sent me these lyrics a few days ago:

And that is just something I wanted to think about this morning: How many things that feel big are just half an inch of water? Most I suspect.

What does that even mean? I think if you asked most people they would say that prospering means that they have money, they have a nice home, they have food and clothes, and have been very blessed in these ways.

In fact, the on-line dictionary defines prosperous as:

But today Brooke offers another definition. Listen to this:

If moving forward with hope is prospering, then what is the opposite? Going backwards – scary. Or being stuck – a really common problem in our lives, right?

How do I get there – how do I get stuck? For me, it’s most often when I am scared. Maybe I have seen what it is that I want or that I need in my life, and I start going forward, but then maybe the forward motion doesn’t look the way I thought it would or I get distracted or maybe even others, in one way or another, say that I can’t do it. And then I am stuck.

Said Elder Holland of fear and of being stuck:

You will recall that the book of Moses begins with him being taken up to “an exceedingly high mountain” where, the scripture says, “he saw God face to face, and he talked with him” (Moses 1:1–2). The Lord said to Moses,

Look, and I will show thee the workmanship of mine hands. . . . And . . . Moses . . . beheld the earth, yea, even all of it; and there was not a particle of it which he did not behold, discerning it by the spirit of God. And he beheld also the inhabitants thereof, and there was not a soul which he beheld not. [Moses 1:4, 27–28]

This experience is one of the great revelations given in human history. It stands with the greatest accounts we have of any prophet’s experience with divinity. But Moses’ message to you today is, “Don’t let your guard down.” Don’t assume that a great revelation, some marvelous illuminating moment, or the opening of an inspired path is the end of it. Remember, it isn’t over until it’s over. What happened to Moses next, after his revelatory moment, would be ludicrous if it were not so dangerous and so absolutely true to form.

In an effort to continue his opposition, in his unfailing effort to get his licks in later if not sooner, Lucifer appeared and shouted in equal portions of anger and petulance after God had revealed himself to the prophet, saying, “Moses, worship me.” But Moses was not having it. He had just seen the real thing, and by comparison this sort of performance was pretty dismal.

The record then depicts a reaction that is both pathetic and frightening.

And now, when Moses had said these words, Satan cried with a loud voice, and ranted upon the earth, and commanded, saying: I am the Only Begotten, worship me. And it came to pass that Moses began to fear exceedingly; and as he began to fear, he saw the bitterness of hell. Nevertheless, calling upon God [the very phrase used by Joseph Smith], he received strength, and he commanded, saying: Depart from me, Satan, for this one God only will I worship, which is the God of glory. And now Satan began to tremble, and the earth shook. . . . And it came to pass that Satan cried with a loud voice, with weeping, and wailing, and gnashing of teeth; and he departed hence. [Moses 1:19–22]

I wish to encourage every one of you today regarding opposition that so often comes after enlightened decisions have been made, after moments of revelation and conviction have given us a peace and an assurance we thought we would never lose. In his letter to the Hebrews, the Apostle Paul … pled with those new members… “Call to remembrance the former days, in which, after ye were illuminated, ye endured a great fight of afflictions” (Hebrews 10:32; emphasis added).

Then came this tremendous counsel, which is at the heart of my counsel to you and the title of my remarks this morning:

Cast not away therefore your confidence, which hath great recompence of reward. For ye have need of patience, that, after ye have done the will of God, ye might receive the promise. . . If any man draw back, my soul shall have no pleasure in him. . . . We are not of them who draw back unto perdition. [Hebrews 10:35–36, 38–39; emphasis added]

OPPOSITE OF PROSPERITY: Brooke describes this in her life.

“(During the pandemic) life started to feel very short-term. I stopped dreaming. I stopped setting exciting goals for the future … if the world was going to fall apart by ___________, then why should I still work on projects that may never see the light of day?”

PROSPERITY: In comparison to Brooke’s experience, CS Lewis has a pretty good handle on prosperity.

“In one way we think a great deal too much of the atomic bomb. ‘How are we to live in an atomic age?’ I am tempted to reply: ‘Why, as you would have lived in the sixteenth century when the plague visited London almost every year, or as you would have lived in a Viking age when raiders from Scandinavia might land and cut your throat any night; or indeed, as you are already living in an age of cancer, an age of syphilis, an age of paralysis, an age of air raids, an age of railway accidents, an age of motor accidents.’
In other words, do not let us begin by exaggerating the novelty of our situation. Believe me, dear sir or madam, you and all whom you love were already sentenced to death before the atomic bomb was invented: and quite a high percentage of us were going to die in unpleasant ways. We had, indeed, one very great advantage over our ancestors — anesthetics; but we have that still. It is perfectly ridiculous to go about whimpering and drawing long faces because the scientists have added one more chance of painful and premature death to a world which already bristled with such chances and in which death itself was not a chance at all, but a certainty.
This is the first point to be made: and the first action to be taken is to pull ourselves together. If we are all going to be destroyed by an atomic bomb, let that bomb when it comes find us doing sensible and human things praying, working, teaching, reading, listening to music, bathing the children, playing tennis, chatting to our friends over a pint and a game of darts—not huddled together like frightened sheep and thinking about bombs. They may break our bodies but they need not dominate our minds.” 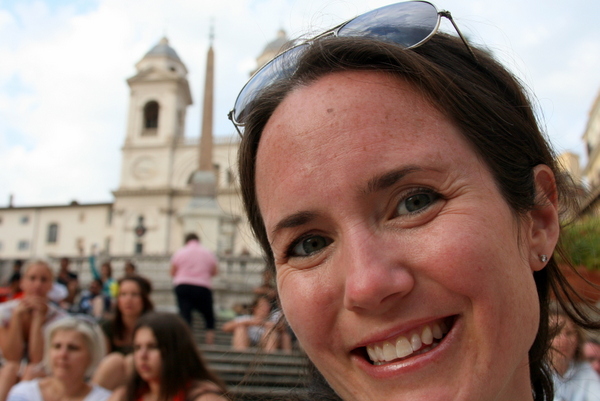