“I always thought that that meant, ‘Open your eyes and stand up’. Eve had been introduced into his life!

But since my (own wife’s) passing … I think I was asleep all those years that I had her. I was asleep. And with her passing, I woke up and I realized what a treasure, what a gift, what a wonderful thing it is for a man to love a woman and a woman to love a man, deeply and eternally.”

What if I could have that experience, before the passing of my loved one? What if, before Bry ever takes his last breath, I could be so deeply grateful for his every breath?

The 50 wonderful, the 50 not as wonderful. Michael talked about his wife’s single earrings. It seemed she couldn’t keep track of both of any pair of earrings. And it kind of bugged him while she was alive. But when she died, he wanted, more than almost anything, those single earrings. He wanted all of her.

Michael’s children offered to clean out the house for him, while he was away, so he wouldn’t have to face the memories and the pain. He asked them to wait until he could join them. He wanted those single earrings, among other things.

“We started in the closet upstairs and we went all the way down … We threw a lot away, and there were things that I wanted to keep.

So I get to remember my wife how? In absolutely perfection. She was the most perfect woman God ever put on earth. She had no motes.”

Let’s stick with the example of the earrings:

“The REAL you is you at your best – all the best moments put together makes the real you. The you God sees.” 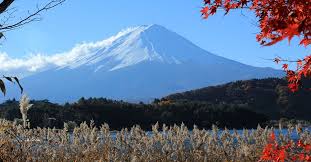