There is too much information for me to share in a post! Chad speaks to fear, conflict, love, control, peace, happiness, change, and turning. So I’ve spent a couple hours picking through the information Chad offers, and writing about what speaks to me today. Enjoy these thoughts:

“We carry with us an overwhelming fear of conflict on one hand, and we lack the tools to know what to do with it on the other hand. That escalates it. It’s bad enough to be scared of something, but we are even more scared of it when we don’t know that we can get out of it…

So many people perceive conflict as a negative, as something that’s going to destroy me or my relationship or my family… But if you can start to view conflict, as an opportunity for us to grow closer together, to understand each other more deeply, to engage in collaborative problem solving, conflict can actually show us where the fault lines are in our relationship or where we’re missing something or where someone’s needs are not being met, and it becomes an opportunity.”

Chad, many times over again in this interview, used the term “turning first”.

How do they get out of the conflict, then? The answer for most of us is that we don’t do anything, we just complain about it, right? We go to our friends and neighbors and say how awful it is that we get elbowed all the time.

But then when people really do try to do something about it, 90% of the time they’re going to move and try to get in front of the other person. Can you picture that in your mind? Two people back to back, elbowing each other, then one person makes a move and moves to stand right in front of the other person, trying to be seen. They’re face to face. But then the other person is going to scoot back, so they don’t have to see them. And then they both get frustrated, and the first person to move starts chasing the other person, trying to be seen, until they just grab them and try to hold them so that they’re facing them face to face, in which case, the more reluctant one just close their eyes. And occasionally someone’s brave enough to try to pry the eyes open. But you know, good luck with that.

Chad will ask the class, “Okay, what happened there? They took the initiative to make the conflict better, right? That’s a huge start. But what they’re really doing is trying to get in front of the other person.” I need you to see my point of view, I need you to see how – what I believe and why it is important. I need you to validate that. I need you to tell me I’m right. And once we do that our conflict is solved.

And then he has the class and the two volunteers try it again. And they will get it. One will just turn around where they are and face the other person’s back, and just stand there, looking the the person’s back. And then something happens in that moment. There is this instinctual desire for the other person to turn their head around and see what’s going on. Why is there no elbowing anymore? What’s going on? Where did they go? I want to start to turn.

“So when I say “turn first”, what I’m saying is to turn towards the person that we’re in conflict with that we disagree with, try our best to see their humanity, to see their dreams and desires, what makes them believe the things that they believe, we don’t have to agree with it. We don’t have to subscribe to the same beliefs. But, ‘I want to understand what makes you, and why that’s so important to you. And, and I’m not going to demonize you, I’m not going to mistreat you, I’m not going to justify misbehavior towards you, I’m just going to see you.’ And what’s so powerful about that move, is it becomes a massive catalyst for the other person to turn to do the exact same thing back towards us. But when we demand it of others first, right? When we demand that they see us, it’s likely that they’re going to resist, and then we can blame them for not doing it and then it just goes on and on.

I want to close with Chad’s words about love:

“Love is going to change the world. But it’s not romantic love. And it’s not even the love that means ‘like’, in that, ‘I have to like you or agree with you or we have to be best friends’. It’s not love in that ‘I love chocolate’ or ‘I love my roommate’.

It’s the love that says that your needs and wants and desires matter to me as much as my own. That I hold you sacred because you’re another human being. And because of that I’m committed to a relationship that is both beneficial to you and to me. That I’m here to help you along your life journeys, that we’re in this together. And that sort of love is hard. It’s way harder than romantic love. It’s way harder than the ‘like’ sort of love.

It takes intentionality. It takes sacrifice sometimes. It is the one sort of love that’s sustainable. Because the interesting thing about romantic love is that that’s pretty hard to keep that spark going forever. Or the ‘like’ love is great until our roommate does something that annoys us. And then you just watch it fall away. But, but ‘Dangerous Love’ is the sort of love that needs to exist and endure, even when the other person isn’t seeing me as a person. Even when the other person isn’t turning first, even when we deeply disagree on things. That is the sort of love that endures.”

DAY #186 IF YOU WANT DIFFERENT RESULTS, THEN DO SOMETHING DIFFERENT (again) 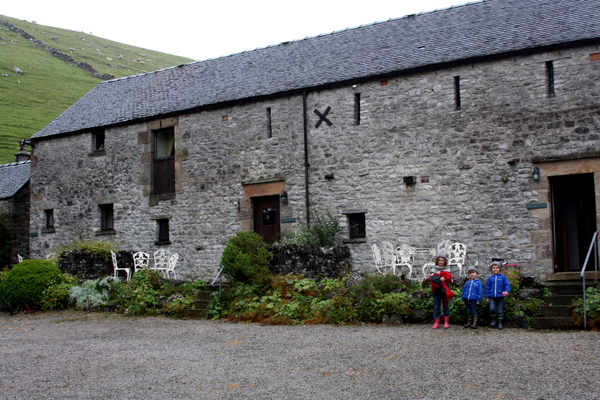